PEDESTRIAN INJURIES FROM AN AUTO ACCIDENT

Crossing the street can be dangerous, even if you look both ways. According to the National Highway Traffic Safety Administration (NHTSA), there was a more than 3% increase in the number of pedestrians killed in traffic crashes in 2018, totaling 6,283 deaths — the most deaths since 1990. Many thousands more were seriously injured.

Determining who is negligent in pedestrian cases can be tricky. Many factors must be taken into account:

If possible, you should try to get witnesses who can verify your account of the accident. PEDESTRIAN INJURY DATA

PEDESTRIANS HAVE THE RIGHT OF WAY

In general, pedestrians have the right of way, unless they cross the street in non-designated areas or against crossing signals. Tex. Transp. Code § 552.005. If a child is the one who ran out into the street, and if there is a school or playground nearby, the driver may have been aware that children were in the area. This can be used to show the driver wasn't taking proper precautions to avoid an accident. In addition, it may be possible to show that the child wasn't properly supervised or that adequate crossing assistance was not provided.

A third party can also be responsible in pedestrian accidents. If a crossing signal or traffic light malfunctioned, it may be possible to hold the municipality responsible for failing to adequately maintain or repair the light. 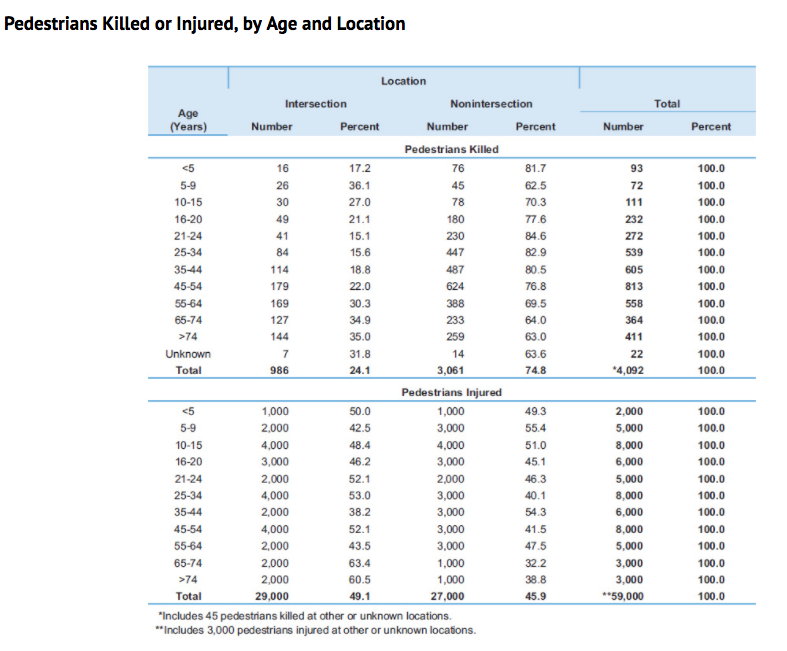