If you or a loved one has been involved in a motorcycle accident, contact Attorney Richard G. Ardoin today! He will explain your rights in common terms, and fight to get you a favorable settlement.

Motorcycle Accident Statistics 2009 Crash Data: According to the U.S. Department of Transportation's National Highway Traffic Safety Administration (NHTSA), in 2009, 4,462 people died in motorcycle crashes, down 16.0 percent from 5,312 in 2008. The 2008 deaths were the most since NHTSA began collecting data in 1975. Motorcycle crash fatalities increased every year for the 11 years ending in 2009. According to the latest data available from the Federal Highway Administration, there were 7.7 million private and commercial motorcycles on U.S. roads in 2008, compared with 135.6 million passenger cars. Some 106,000 motorcycles were involved in crashes in 2009, including property damage-only crashes, according to latest data from the NHTSA. Motorcyclists were 39 times more likely than passenger car occupants to die in a crash per vehicle mile traveled in 2008 and eight times more likely to be injured, according to NHTSA. The fatality rate per registered vehicle for motorcyclists in 2008 was 6 times the fatality rate for passenger car occupants, according to NHTSA. The National Insurance Crime Bureau said that motorcycle thefts fell 13 percent in 2009 from a year earlier, based on data from the National Crime Information Center of the Federal Bureau of Investigation. Motorcycle thefts have declined each year from 2006 to 2009 with the largest decrease occurring between 2008 and 2009. The top five makes stolen and the top five states in thefts are shown below: 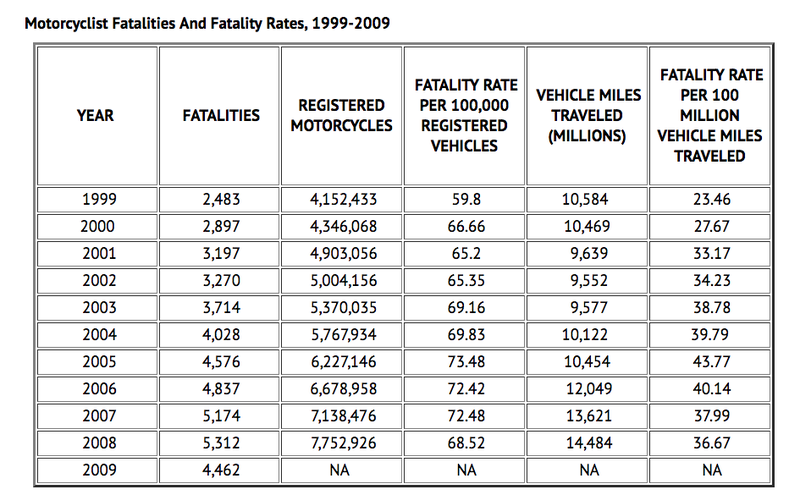 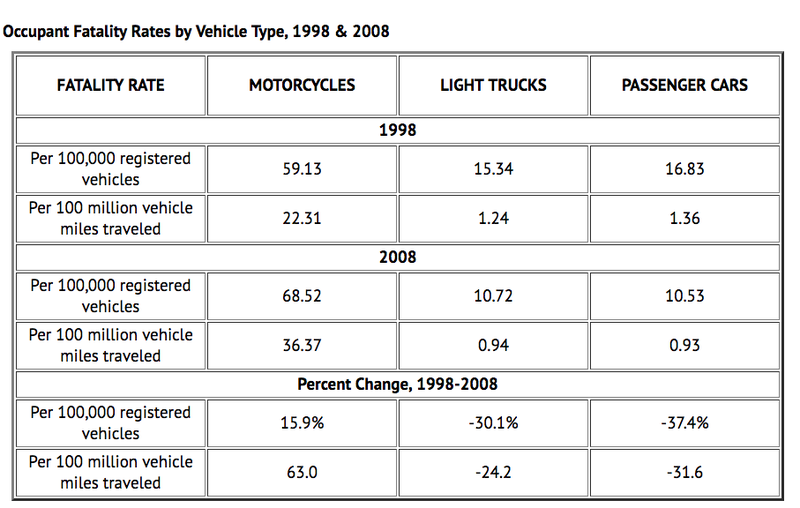 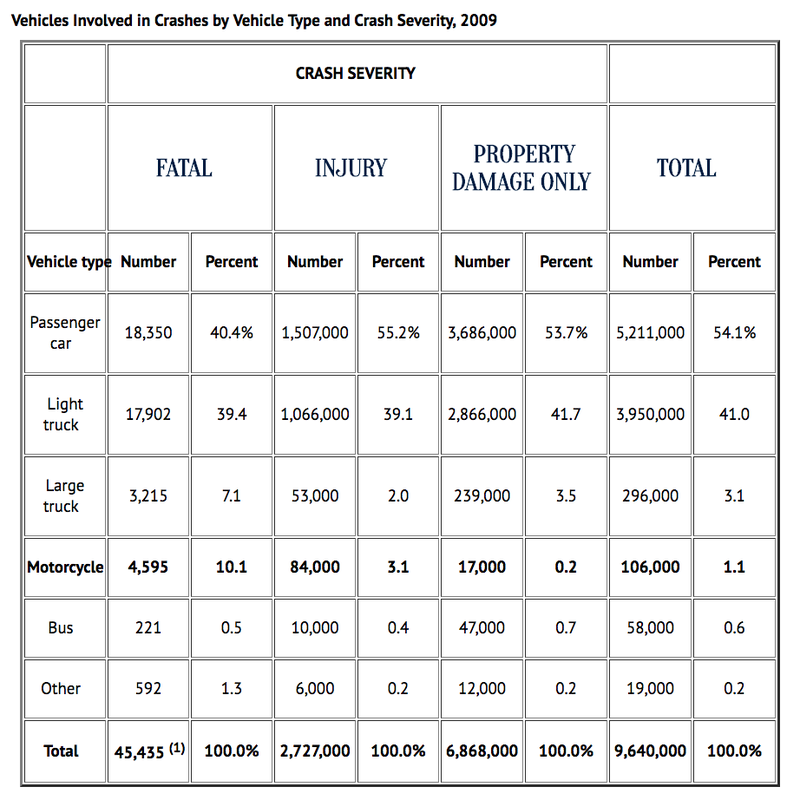 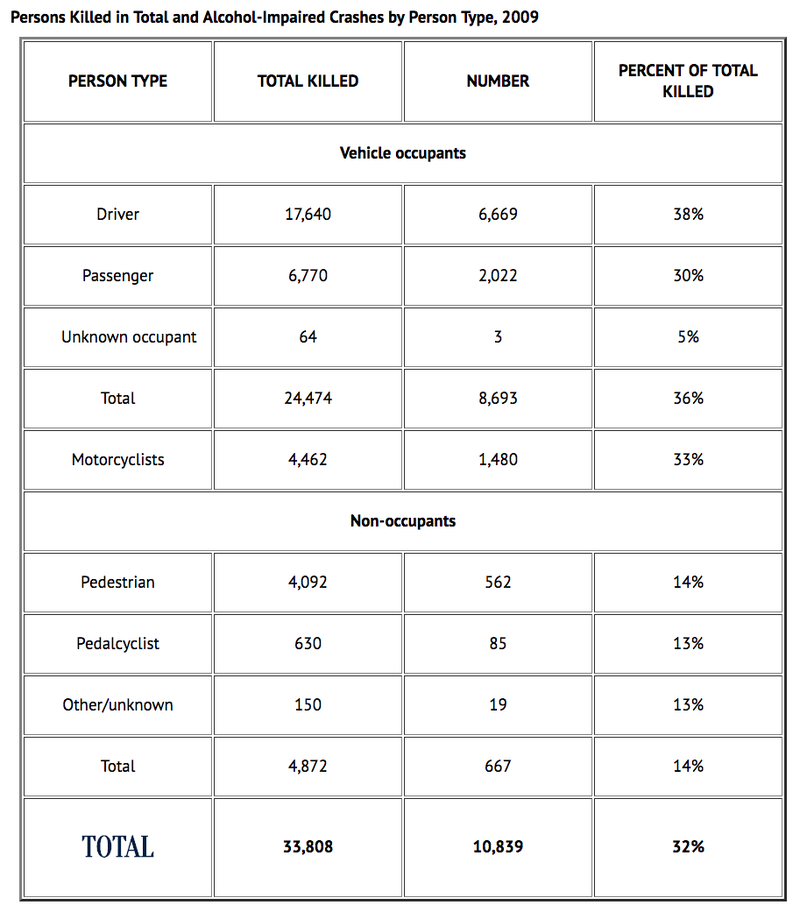 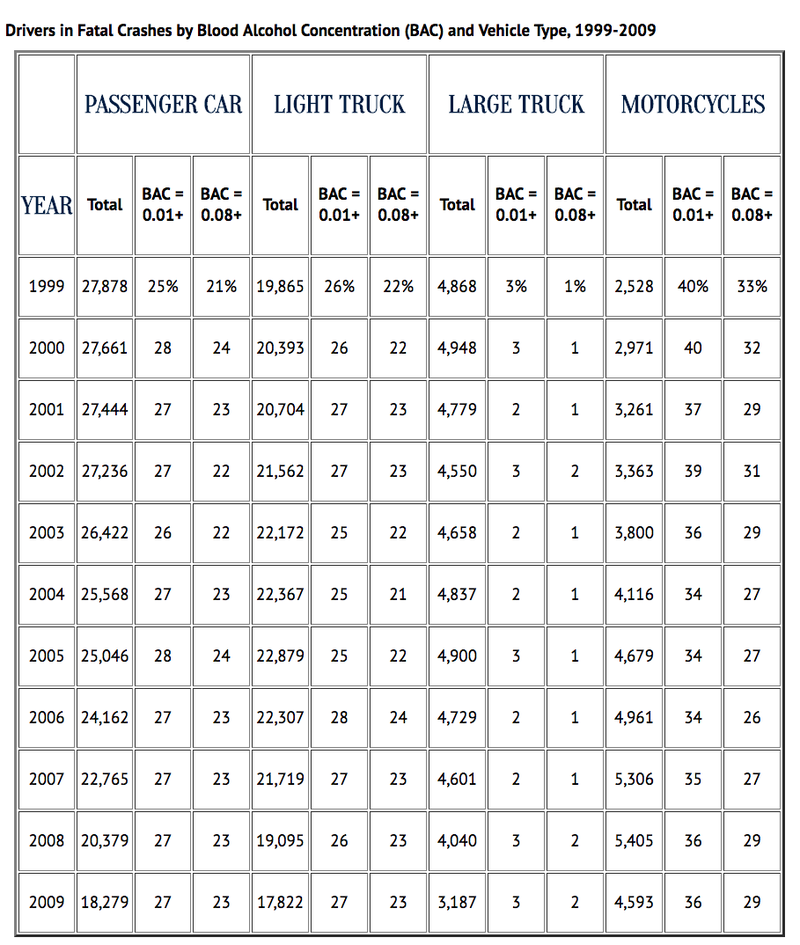 Explore your options & learn how to seek justice